Call to Book for a Projector Now

Book for a Date

It is so Easy 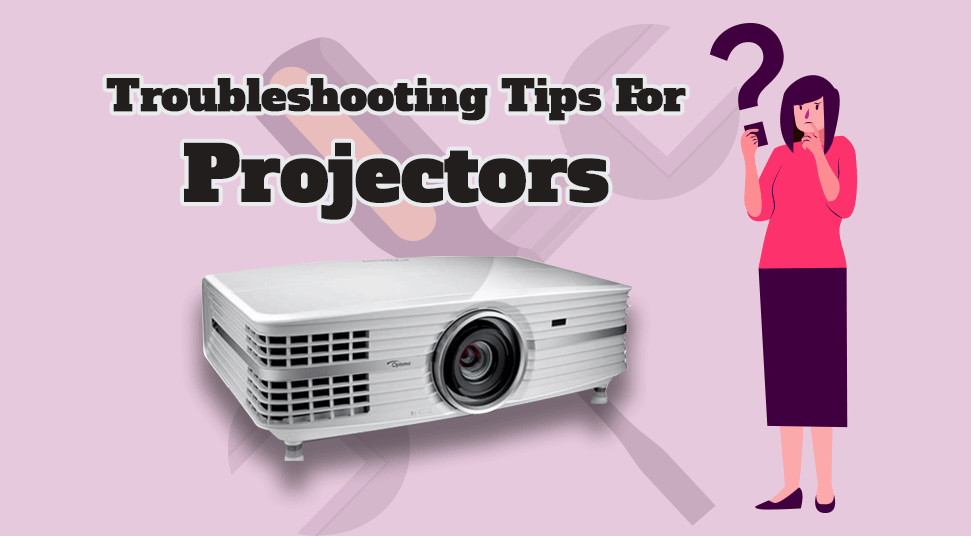 You might be very much familiar to a projector which throws beams of lights on a white backdrop to create images. Maybe you watched funny videos in school through a projector when you were in your KG classes.

The most common usage of a projector these days is done in cinema halls.

An LCD projector is a device that produces images from a computer any other devices on a flat surface.

Projectors are used in many schools for audiovisual classes, in business complexes and office buildings for conferences, meetings, and presentations.

It helps in facilitating such jobs very efficiently.

The General Problems you Face with a Projector

It is pretty uncommon to see a gadget working constantly for a long time without any flaws. A projector is not an exception.

Are you aware of the problems your projector might create? Have a look at the list of problems a projector may have after a certain time of usage.

Technician provides outstanding assistance if you face difficulties in resolving the flaws. But first, let us go through the problems with their remedies in details.

Your Projector would not Turn Off

One of the most common problems seen in a projector is it would not turn off when you press the power button. This problem generally occurs because of the ill-fitting lamp assembly.

Sometimes the projector fails to align its own resolution to that of the computer. This is the reason why a projector sometimes displays blurry images.

The latest models of LCD projectors come with an automatic setup feature. This immediately aligns its own resolution to a computer’s resolution.

Sometimes, poor image quality can be a result of the dusty projector lens.

You Cannot See the Full Image

Sometimes, a projector fails to project the complete image on the screen. And, sometimes the lower portion is cut off or a little portion at the right becomes invisible.

This problem may occur due to the size of the screen on which the image is projected. Or, due to unadjusted resolution issues and improper angle adjustment, this can happen.

Purple Dots on the Screen

It might have happened that you are seeing an image on the screen formed by a projector but there are unwanted purple or magenta spots on the screen.

This is actually caused due to the accumulation of dust particles on the green panel of the projector. This problem is very common in projectors that are not well-maintained or lacks proper cleaning.

Projectors fail to work properly sometimes due to improper functioning of its remote control. The battery of the remote control can be a reason for it.

Circuit failure can also be a major reason. If your room is lit with fluorescent lights, the remote control won’t work as those lights disable infrared rays.

Troubleshooting Tips for Fixing a Faulty Projector and Increase its Lifespan

You are all set with snacks and drinks to watch your favorite movie or a jaw-dropping cricket match, but the screen is full of spots.

What if you are ready to deliver an important presentation and the images are too unclear to understand? You need to know some troubleshooting tips and tricks to avoid these embarrassing situations that can throw you into a false position.

When your Projector is not Turning on

This might happen simply because of the connection problem. Check whether the outlet in which the projector is connected has power.

This problem has only one solution. You have to contact the service expert of projectors of that particular company as models differ from company to company.

This is a major distraction while doing a presentation or even while watching a movie. You can replace the lamp by contacting your technology coordinator.

The technician should be aware of the situation and provide some handy solutions.

When your Projector is not Turning Off

As you read earlier, a very common problem in a projector is when it does not want to turn off due to the ill-fitting assembly of the lamp.

To rectify this problem, you need to re-fit and adjust the lamp assembly. The user manual will always provide you the instructions to correct the problem.

Connect to a professional service provider if you are unable to fix the defects.

Adjust the Quality of your Photos

If the image is blurry, go to your computer and adjust the image resolution until and unless the image is clean. Sometimes, images on the screen may appear not very bright which does not make the image look clear.

This can occur due to the bright lights in the room. Turn off the lights to see the images clearly as they appear brighter in a darker room.

The brightness of the projected images can be low even in a dark room. If that is the issue, then you have to change the lamp immediately.

Let the Full Image Appear on the Screen

The main reason behind the disappearance of the edges or one of the margins of the photos is the improper adjustment of the angle of the projector. Little adjustments of the machine can fix the problem very easily.

Resolution may not match when your projector is connected to a computer or a laptop. Adjust the resolution on your laptop or computer to match that of the projector.

You can clean the lens of the projector with a non-abrasive camera lens cleaner. Clean it with a soft and completely dry cloth.

Do not use an excessive amount of cleanser. A rough cloth can create scratches on the lens. So, the use of soft spongy cloth is much preferable.

Replace the lens cap if you are not intending to use your projector shortly.

You can See Colors Around the Edge of the Image

This problem is very commonly found in an LCD projector because of a defective LCD prism. Buying a brand new projector would be an option to resolve this issue.

Also, it is comparatively a clever and less expensive choice.

Do not let the Projectors Overheat

Improper handling and not taking proper care of the projector may cause overheating. And thus, the device stops working. Accumulation of dust particles is a major reason for this problem.

Due to this, the fan inside stops working which leads to the concentration of heat inside the projector. You will clearly understand if the fan is not working as there will be no sound in the machine.

Replace it in such cases. Place your projector in such a place where it is not under direct sunlight.

Overheating of a projector needs a manual reset. Turn off your projector and unplug all its connections from the main source as well as from the device it is connected (a laptop or a computer). In case if your laptop or computer is not working, you can take the help of Laptop Repair Dubai.

Restart the audiovisual system once again by building up the connections.

Turn off your projector. Open the lamp door by removing the screws outside. Push the tab on the filter door using a stick or a screwdriver and lift the door out.

Clean the filter with a duster or a vacuum cleaner with the power set to the lowest level.

No Pictures on the Screen

The most irritating problem is that sometimes your projector does not produce any image on the screen. This happens because a signal from the audiovisual (A/V) source restricts the images from displaying on the A/V destination.

Improve the Performance of the Remote Control of your Projector

Most of the times, remote controls fail to work because of expired batteries. You should replace the batteries.

If there is any problem in the circuit inside the remote control, you can call a technician to fix it. It is better to buy a new remote along with spare batteries.

These were some exclusive troubleshooting tips to resolve the various problems you face while using a projector.

So, fix the flaws and be confident enough to deliver your lecture along with your presentation without any sort of machinery interruption.

Watch your favorite movies on a big screen at home with your friends and cousins without any annoying marks on the screen or stopping of the projector in the midway.

I hope this piece of the article was helpful enough to guide you with proper troubleshooting tips to keep your projector in good condition.